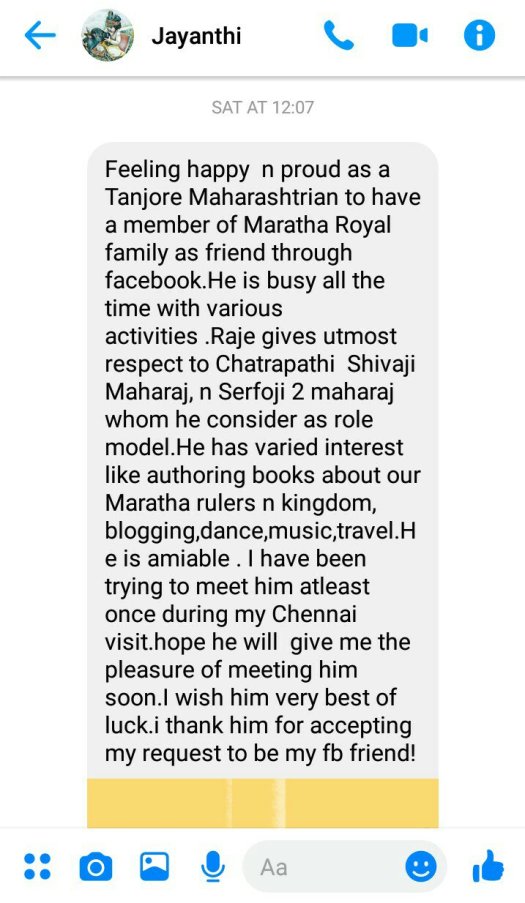 People do ask me from where i get energy for the efforts i put to turn impossible things into possibilities or opportunities?. Even certain people had asked me how do i manage and balance my profession with other activities i do! Don’t i feel or get exhausted or tired?…

My answer is very simple…

When you are surrounded with beautiful souls or gems who just keeps on motivate, encourage or cheer you – Pain or Difficulties you undergo has no any effect in front of it. When you are been admired or cheered, how would you feel to give up?.

When we are blessed with beautiful souls or gems who are surrounded to us and motivates, encourages, cheers us- that positive vibes are the energy that will automatically push you up. When they and their support is with us, we can enjoy the pain, struggles, sacrifices or difficulties which we undergo throughout the process to make something look better, valued or worth. There are less people who show their support or encourage you throughout your endeavours or initiatives. When you get well wishers who show their support for u, you have almost won and had achieved. There are more criticisers in our society which gives more impact on negative vibes. Get focused on positive vibes which really pushes you up, than on negative vibes that really pulls you down.

Thanks for those sweet words Jayanthi mam. Sometimes your comments were like energy pills that pushed me up, I mean very cheerful. I am really blessed to have you in my friendlist 🙏. 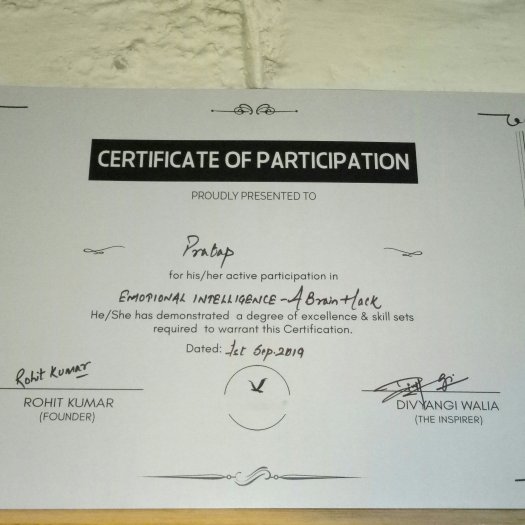 Last Sunday I attended a workshop in Delhi. It was on Emotional intelligence. First of its kind that covered objectives, that help to develop sense of self awareness, strategies for Self management, how to identify individual traits that forms your behaviour, to provide basic understanding of whole brain thinking approach, to enhance your ability to perceive, gauge and manage the emotions of your own selves and others, learn how to build trust, communicate and manage conflict with people around you, about emotional intelligence, how the brain maps influences it, and how to grow. 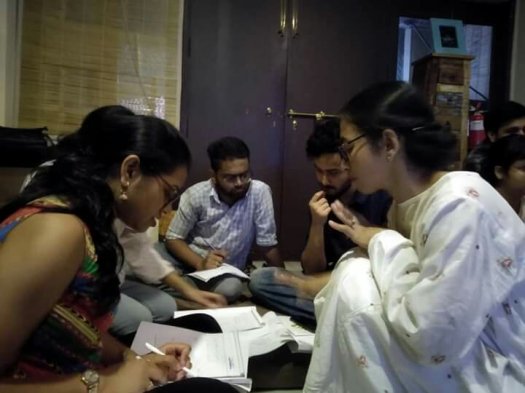 The purpose of this workshop is to help assess and develop the 8 dimensions of your whole brain, to help you understand your brain preferences and enhance your ability to manage emotions, to help you gain insights into your thinking preferences, to provide relevant tools and techniques to become more creative and reach extraordinary potential. 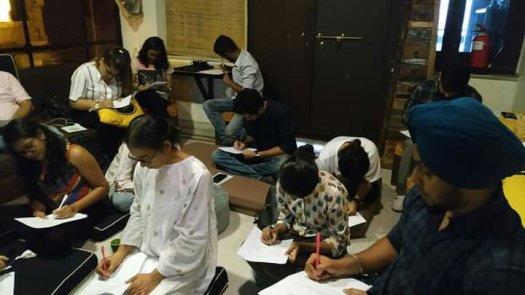 This workshop was more about and on physiology and philosophy, the subject which I love the most after history. 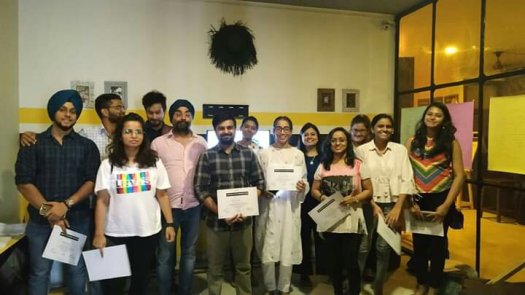 It was a very interesting workshop and i enjoyed the session alot, had great time with staffs and participants. I got new friends from different background and profession. Their background, culture or profession might be different, but our thought, mind set and interests were the same i.e to learn, explore, travel, gain and share knowledge and most important, being an EXTROVERT.

Will be missing those amazing set of people and our teaching staff.

I bow to my teaching staff and teachers, without their blessings and proper guidance, it is impossible for a man to become a gentlemen or a leader in his life journey. 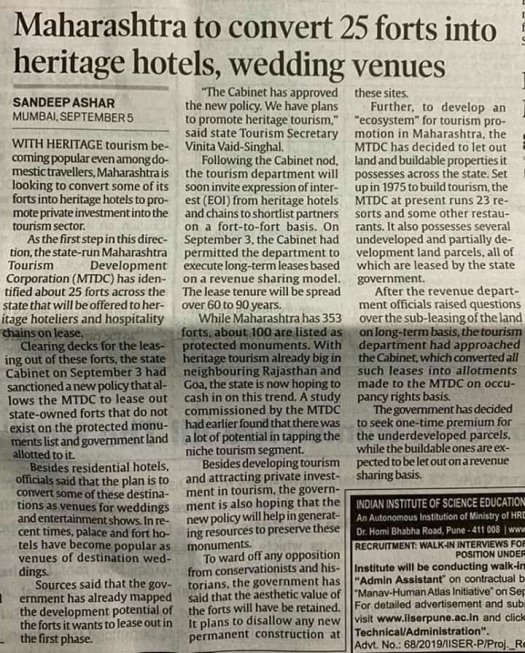 If the power goes to the wrong hand or to the officials who think themselves dominant/superior based on their caste and religion, then this is what will happen..

Firstly they will try to suppress others (Marathas, SCs, STs etc ) and their hereditary because the one who has power or those officials who rule in democracy and has no any hereditary background or rich roots and believe only in Money, Vedas, Slokas and Sastras from their birth, surroundings and environment, don’t have or give importance to history, heritage nor be grateful for it. They only know to use and utilise the name (historical personalities’ name) just for vote counts.

These kind of certain officials don’t even have any respect to Royal families nor be favourable to them nor be faithful or grateful. They even make respectable or eminent people those who are not in politics nor have any political background, to wait for hours in their office to meet them. They take everything for granted when it comes to history, Royalty, culture or heritage, they are not even bothered or give importance/respect to it nor to the members of the royal family.

Even certain elected politicians who have their office and residence in Delhi, don’t even have portrait of Chatrapathi Shivaji Maharaj displayed in their office, residence or common rooms etc, though they use and utilise the eminent warrior’s name during election or canvassing in Maharashtra for votes. However the walls in their residence or office has place to display other costly or expensive paintings and portraits of different themes.

These so called brilliants had decided to make forts into hotels and wedding venues, have they ever thought of where they can dump the wastage that will be produce in tonnes?. Will they dump it in the rivers which are nearer or beside the forts turned hotels itself?, Do they really think that they will manage to maintain it or will leave the forts to get dissipated completely , pollute and contaminate the place?.

Really shame of such decision making officials and to the politician turned right wing official or minister who had approved it.

Note: The above post is written based on my observation.

Some tweets by Sambhaji Raje Chhatrapati 👇

Our forts are the pride of every Maharashtrian. They need to be conserved and opened to International Tourist as historic monuments through proper planning.But building hotels will damage our heritage and the sentiments of our people. We’re against this idea!!

Our forts need conservation as heritage monuments, not convertion to hotels.

C.M of Maharashtra had clarified that no hotels or wedding venues will happen on our forts. He will talk to the concerned officials and had assured. The forts will be kept preserved and no threats will be given to the forts.

However even if they try to impose according to the Policy of Maharashtra tourism (point number 4), majority of Marathas or Maharashtrians will go against it and result will be the failure of what had the officials expected.

According to the MH Tourism minister, historical forts that are not under ASI protected list will be given to the investors to promote tourism in Maharashtra.

MH tourism Minister had stated that…

“We have decided to call in private investors to invest in 25 forts in Maharashtra as a pilot project. Under this, the investors can construct ropeways and museums and can also organise light shows to attract the tourists. The investors will also have to take care of the maintenance of the forts.”

“The heritage tourism policy also makes it clear that the local flora and fauna will be protected and no permanent constructions will be allowed at the fort site. I am confident that this policy will give a boost to the rural economy and the state tourism department,” he added.

We hope those investors will give employment opportunities to the locals there rather than to the outsiders (i.e to Biharies, UPs etc) in our own land and also hope, those investors will respect, promote, protect and maintain the environment, sanctity of our forts as it was and is.

Anyways, I and our Shiv Sambhu premis/bhakts are always there for our forts and to safeguard it, if concerned commercials fail to do their job.